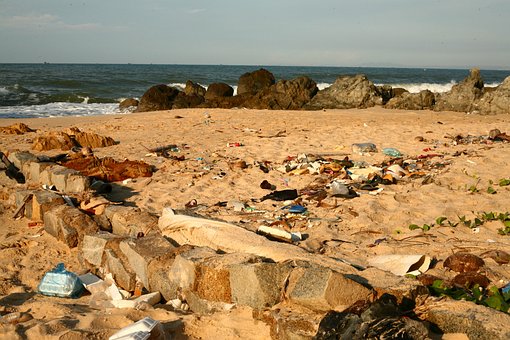 Modern ‘energy from waste’ plants are able to reduce the volume of the original waste by up to 95-96%, depending upon its composition and the extent to which recyclable materials, such as metals, can be recovered from the ash. In fact, some of these technologies are able to produce energy from waste without direct combustion, and many have the potential to produce even more electric power from the same amount of fuel than would be possible by direct combustion. It is a big shift away from many incinerators of the past, which recovered no energy at all.

The key argument in favour of the concept is obviously that it simultaneously gets rid of something we don’t want while saving tonnes of waste from going to landfill, and also reducing the world’s reliance on fossil fuels. Instead, it turns waste into something of great value: power.

At the outset, it certainly sounds like an appealing idea. It has in fact caught on so well that countries such as the UK, Germany, the Netherlands, Sweden and Denmark now have more capacity to incinerate than waste to burn, resulting in waste being shipped all over Europe. And even today, new plants are being planned or under construction.

A reality remains, however, that many waste to energy operations emit high levels of CO2 – the main climate-warming gas – and other pollutants such as nitrogen oxides (NO), sulphur dioxide (SO2), heavy metals and dioxins which subsequently end up in the air we breathe and find their way into land and water.

There’s no doubt that the industry will continue to invest millions into research and development to improve these processes to become ever more energy-efficient, yielding more electricity or by- products, with lower levels of pollution. But do we really want to be involved in causing health problems to communities, adding to global warming and creating emissions that contain toxic acids, pollutants and slag that contain dangerous levels of heavy materials in the first place?

Moreover, even if the elements of pollution could eventually be phased out entirely, let’s consider the lost opportunity. Many of the products being destroyed have been made from valuable materials that required effort and expense to extract and make. The cost of producing these goods included billions of pounds’ worth of material assets. When these things are destroyed, their material value is gone forever. Are we really doing the right thing in systematically destroying resources that might be desperately needed by future generations?

Let’s take a look at what’s really happening in the waste to energy model. What companies are essentially doing is spending millions of funding on a machine that will annually destroy enormous quantities of valuable resources in return for a certain amount of energy, while there are so many cheaper, cleaner and more efficient ways to generate the same levels of energy. Not only that, but we have accepted the fact that we have to pay to dispose of these raw materials.

Take the example of copper. Incineration slag in Germany contains about 13,000 tonnes of copper per year, representing a value of around 40 million pounds sterling. The USA could save 1.2 billion dollars just by properly recycling aluminium cans. It’s a clear reality that business has a tremendous incentive to turn this waste to energy concept around and reap significant financial as well as social benefits from its waste material, rather than just a comparatively small amount of energy.

With material scarcity becoming an increasing problem – and especially the scarcity of rare earth minerals – there has to be a better way than this traditional linear economy of make, use, dispose. The good news is: there is.

Consider the processes of the natural world. Nature doesn’t create any waste. Trees cycle water and make oxygen, then shed their leaves and fruit, which in turn become nutrients for the surrounding soil. Ants and worms then redistribute the nutrients through the soil, providing food for future seasons. Not a thing is wasted. Isn’t there something we can learn from that? The conclusion has to be that in nature, things are not just efficient, but also effective.

An industrial concept that takes inspiration from the natural ecosystem is the circular economy model. According to the principles of the circular economy model, waste is fully designed out and materials flow in endless cycles – either biological or technical. When a product reaches the end of its useful life, it is taken back, disassembled back to its original quality materials and remade into a new, more efficient upgraded version of that same product, or another high quality product.

The key condition is that the quality of the new generation product is of the same or higher quality than the previous generation, dubbed as ‘upcycling’. This is as opposed to the more common process of ‘downcycling’ where the quality of a material reduces over time.

In a circular economy, fabrics give us pleasure as garments and then become sources of nourishment for the soil in our gardens when their purpose is exhausted. Factories produce goods and services that endlessly re-circulate the same technical materials in order to make upgraded products instead of dumping, burning or burying them.

Such a system makes perfect business sense. We know for a fact that the price of raw materials will continue to go up every year, in time even outweighing labour cost and significantly influencing the bottom line. If materials could be properly returned to their original quality raw material over and over again, this would result in a much higher commercial value than could ever be generated in terms of energy from waste, turning material scarcity into an economic windfall.

What it ultimately comes down to is innovation and design. Companies need to design products for re-use in the first place, knowing exactly what’s in their products, as well as keeping track of where they are, so they can take back the product at the end of its useful life and put the logistics and recycling facilities in place to do so.

One circular economy model that has seen considerable success worldwide is Cradle to Cradle, endorsed by profitable companies such as Aveda, Herman Miller and Desso, with whom EMG has worked right from the beginning of their Cradle to Cradle journey in 2008. Developed by American architect William McDonough and German scientist Michael Braungart, the Cradle to Cradle model goes far beyond the recycling element of a circular economy, also encompassing the maximum possible phase-out of toxic materials, renewable energy and water usage, social fairness and the protection of ecosystems.

The core philosophy behind the Cradle to Cradle approach is really very simple. Do good, be fair, and realize that you’re part of something bigger. Essentially businesses are prompted to ask tough, basic questions about their products and production processes, and find out which toxic or non-recyclable materials can be phased out, what will happen with their products at the end of use, and how to take back their materials again via either biological or technical cycles, striving for effectiveness (what is the right thing to do?) and then efficiency (how is the best way to do it?). The ultimate result will be a world where people can feel good about consuming, because, just as in nature, no materials are ever wasted.

Can it be done? Of course it can, and the UK has all the potential to make it happen sooner than you might think. With its culture of innovation, and already performing well in recycling, a further shift to a circular economy would definitely be achievable. Again, the incentive is phenomenal. According to analysis from McKinsey for the Ellen MacArthur Foundation, a transition to the circular economy would save the UK economy up to 1.1 billion USD annually – as well as reduce annual greenhouse gas emissions by up to 7.4 million tonnes – in food waste alone. The same report shows that the EU manufacturing sector overall would realise net materials cost savings worth up to 630 billion USD per annum.

Shifting to a circular economy model on a global scale would effectively render the waste to energy model a thing of the past, as our industrial system would not only be efficient, but also effective.