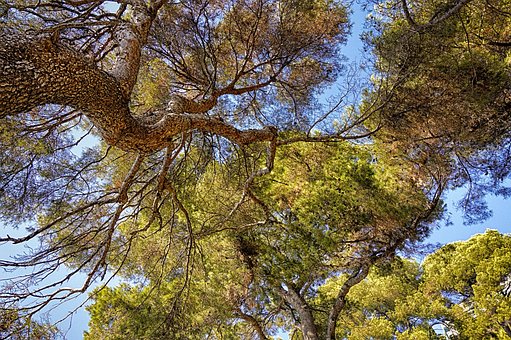 Central to the new economic approach intended to assure China’s prosperity in future is the transition, already under way, from China as a producer of low-cost items to a new China determined to raise its technological level and become a manufacturer and supplier of high-tech goods to the world, or if not to the world, then at least to be self-sufficient in high-tech sectors to satisfy its own needs.  The policy of ‘indigenous innovation’, first announced in China’s Medium to Long-term Plan of 2006 and reiterated in more recent policy documents has often been construed as anti-foreign in its intent, but more than anything it is intended to ensure that China will in due course become entirely self-sufficient in high technology – which the Chinese would see as intrinsic to ‘sustainability’. This, therefore, is the rationale and broad thrust of the economic drive for sustainability.

Perhaps even more significant in the longer term are the environmental drivers of sustainability.  Here we see a radical departure from ‘economic development at any price’.

First, on energy, in the early stages of her modernization China relied on her enormous deposits of coal (a supply in the ground estimated in the 1990s to last several hundred years at rates of consumption then current) to generate electricity to power factories, homes and public buildings and to provide much of the fuel for domestic cooking and heating.  But moving coal around the country is a costly and time-consuming business, and bottlenecks were frequent.

Against a background of growing concern over atmospheric pollution consequent on burning so much coal, and a desire for cleaner and more convenient sources of energy, China has dramatically increased its imports of oil and natural gas from overseas, has built new plants on its rivers to generate hydro power, and has also been very active in researching and developing other renewable forms of energy – notably wind, wave and solar.  It has also taken steps to increase its nuclear generating capacity, despite a wave of concern following the Fukushima disaster in Japan.

In the latest five year plan, the ‘Twelfth Five Year Programme, 2011-2015’, the headline objectives for energy were:

China is also concerned about food security, especially in the light of the country’s large population.  Here attention to measures to counteract loss of arable land through desertification or flood, to control development on arable land, and to enhance productivity are complemented by the purchase of land in Africa on which food can be grown to ship back to China. China has not yet adopted wholesale GM crop technology, though experiments have been undertaken.

On climate change, China completed a remarkable ‘volte face’ half way through the first decade of this century. Up until around 2004, China was known for its refusal to take the issue of climate change seriously, frequently deflecting criticism at international conferences by taking the line that developed Western nations had for the most part collectively and cumulatively created the problem in the first place over the preceding one hundred and fifty years.

Around 2004, though, China’s own research began to show the very damaging impacts of climate change on China itself – one study projecting that by 2030 China would be able to grow 8% less food than it could in 2004 because of droughts and floods brought about by climate change, even leaving aside the damage pollution caused to people’s health. By the Party Congress of 2007, the environment generally and climate change in particular were placed among the top priorities on the agenda. In 2008 the new Ministry for Environmental Protection was formed, and the same year China issued its first White Paper on Climate Change. Domestic targets for carbon reduction have been set, and clean coal and other technologies introduced to begin to try to address the problem.  In the 12th Five Year Programme the Chinese Government commits itself to:

Finally, on the environment as a whole, a range of policies for sustainable development are interwoven throughout the 12th Five Year Programme. These include, notably, measures to:

Not all of these policies have been carried through satisfactorily – implementation has always been a problem in China – but significant progress has been made in terms of recognition of the issues, both economic and environmental, which go to make up sustainability in the Chinese case…

For European companies therefore, it is important to understand that sustainability in the Chinese case has both an economic connotation, and an environmental connotation. Current Chinese policy in all areas is conditioned by the need both to switch to higher-tech production (thereby making the country independent and ‘sustainable’ in the long term), and to make economic activity ‘cleaner and greener’, thus avoiding natural disasters which would be both calamitous for themselves and would threaten the Party’s hold on power. All of this must be set in the context of the need for dramatic improvements in governance and management, though this will not necessarily be accompanied by inexorable progress towards a more marketized economy.

Taking this into account, there are opportunities for European companies for the sale or transfer of high technology of various kinds, for technical collaboration, for sales of equipment, provision of consultancy, for joint projects in third countries, and so forth. With respect to the environment and climate change there is scope for commercial and research engagement with China on a very broad range of subjects from ‘cradle-to-cradle’ production to nuclear technology.  As always, great care has to be taken to safeguard the European company’s fundamental interests, including its intellectual property, but in spite of this the opportunities are there, and China is simply too important to ignore.