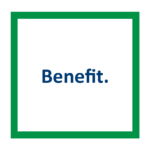 Global sustainable development is our passion. Like our clients, we too aim to embed ESG into the very heart of our own DNA, set high goals, and combine our greatest strengths towards achieving those goals. As strong believers in systems thinking, we continously look for ways to increase the impact of our efforts as effectively as possible.

In 2015, after extensive research, and having built up considerable practical experience supporting businesses, government entities, and NGOs in Muslim majority countries, we concluded that mainstream reporting standards appeared to lack local relevance and support in the Islamic community.

Understanding the transcending nature of Islamic corporate culture and its compatibility with ESG, we sought to develop a new framework that would capture and capitalize on these elements.

Together with our partners, we thus led the creation of the world’s first reporting framework for ESG based on Islamic values – the Islamic Reporting Initiative (IRI) – as part of EMG’s own contribution to ESG.

EMG provided the initial funding of EUR 230,000 (no related party transactions). Office space was provided through an in-kind contribution by EMG valued at EUR 25,000 for the period 2015-2016. To this day, EMG Founder Drs Daan Elffers has performed all IRI-related duties pro bono.

About the Islamic Reporting Initiative 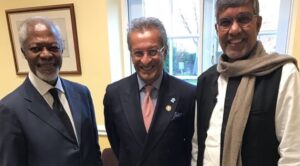 The IRI is an independent nonprofit organization leading the creation of the IRI Standard: a reporting standard for ESG based on Islamic values and principles. Its objective is to enable organizations (across all sectors) to inclusively assess, report, verify and certify their ESG and philanthropic programs in support of the United Nations Sustainable Development Goals and OIC’s Plan of Action.

By making ESG culturally relevant, the IRI aspires to effectively accelerate the uptake of ESG, and systemically advance the implementation of the Global Goals through nearly a quarter of the world’s population with custodianship for vast reserves of natural resources, e.g. minerals in North Africa, oil reserves in the Middle East, and tropical rainforests in Southeast Asia. Whilst creating an important platform for equal dialogue, we also believe the added transparency will help expedite foreign direct investment into many developing nations.

A registered charity in the Netherlands, the Islamic Reporting Initiative is a participant of the UN Global Compact and an Observer to the UNEP governing body. It held its first roundtable discussion at the COP22 in Marrakesh, and now has members in more than 50 countries. The IRI has won awards ‘for its contribution to sustainable development in the Islamic world’.

Praise for the Islamic Reporting Initiative

The OIC is dedicated to preserving and promoting Islamic values of peace, equality, human dignity, and environmental prosperity. The Islamic Reporting Initiative, in its journey towards making business responsible through the application of ESG and ESG reporting, has many values aligned with our own. The OIC commends the Islamic Reporting Initiative in its efforts in promoting economic, social and environmental prosperity in a manner that is not only impact-oriented and sustainable, but culturally relevant and responsive.
Organisation of Islamic Cooperation (OIC) – ‘the collective voice of the Muslim world’
The OIC is the second-largest intergovernmental organization after the United Nations

Open public reporting is essential if business is to build and maintain societal trust. It is a key part of the commitment to the principles of the UN Global Compact. So I commend the ambitions of the Islamic Reporting Initiative; by seeking to emphasize and build on our shared values for human and environmental prosperity, the Islamic Reporting Initiative will accelerate progression towards the objectives outlined in the UN Sustainable Development Goals by leveraging business potential.
Sir Mark Moody-Stuart
Chairman, UN Global Compact Foundation

The Islamic Reporting Initiative combines a deeply convincing vision with practical effectiveness. It deserves warm support and collaboration not only from Muslims but also from anyone else who cares for a sustainable economy in a healthily plural world.
Professor David F. Ford OBE
Emeritus Regius Professor of Divinity, Selwyn College, University of Cambridge

The noble Quran contains a message not only concerning human life in itself, but also the world of nature and our responsibility towards it. It orders Muslims to live in harmony not only among themselves but also with the rest of God’s creation. On the basis of its teachings Muslims created a civilization that over the centuries was in balance with what we now call the natural environment. Colonialism and certain weakness in the practice of Islamic teachings relating to the care of His creation caused most Muslim countries to become impervious to their duties towards the natural environment as a result of which some of the most polluted cities, towns, and rivers in the world are now to be found in the Islamic world. The efforts of the Islamic Reporting Initiative are, therefore, to be highly commended and supported as a religion duty by all Muslims who are aware of the seriousness of the environmental crisis. May the efforts of the Islamic Reporting Initiative and other organizations with similar aims succeed by God’s grace and the efforts of dedicated Muslim men and women. Our future depends on this spiritual jihād carried out with God’s succor in this holy effort. wa’l-Llāhu a’lam.
Professor Seyyed Hossein Nasr
Professor of Islamic Studies, George Washington University