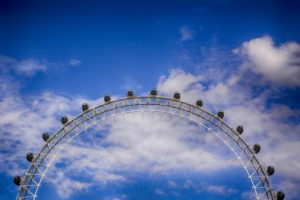 As an active member of the UK Sustainable Investment and Finance Association (UKSIF), EMG was invited to attend the 23rd Annual Lecture and AGM on November 25th, held at Henderson Global Investors’ offices in Bishopsgate, London.

EMG has long been an advocate of UKSIF’s mission to promote responsible investment and other forms of finance that support sustainable economic development, enhance quality of life and safeguard the environment. We were thus pleased to hear 2013-2014’s achievements, a most notable accomplishment being the increased media coverage and participation in the newly rebranded “Good Money Week” – which raises awareness of the ESG issues that come with financial investment.

The Annual Lecture was presented by Lucinda Bell, Finance Director and Chair of Corporate Responsibility at British Land. She began by acknowledging the construction of property industry’s traditionally carbon intensive operations, contributing to 60% of UK carbon emissions and generating three times as much waste as UK households annually. These have driven a sustained commitment to social, environmental and ethical issues, to help British Land create ‘places people prefer’, to attract staff, occupiers, investors and other partners, and so to deliver long-term value.

She spoke of the company’s high value of effective stakeholder engagement; acknowledging the variation in expectations presented by investors, tenants, suppliers, local and regional governance and particularly those directly affected by British Land’s operations within their locality.

Ms Bell spoke of her driving belief that good corporate responsibility should lead to smaller CSR departments within businesses, as a workforce aware of its responsibilities to society and the environment will perform responsibly in these regards – without explicit instruction. Embedding sustainability at the heart of business decision-making, strategy and reporting was thus expressed as British Land’s continuing aim.

Following her insightful talk questions were opened to the floor, where debate focused on the difficulties of presenting company corporate responsibility value to shareholders and investors. Investor short-termism was most widely agreed as the primary reason behind this – with the room agreeing that there is a pressing requirement for the goals of corporate sustainability departments and investors to be more aligned.

With UKSIF spearheading the drive to a greater alignment between these two parties, EMG looks forward to its continuing involvement with the organization.