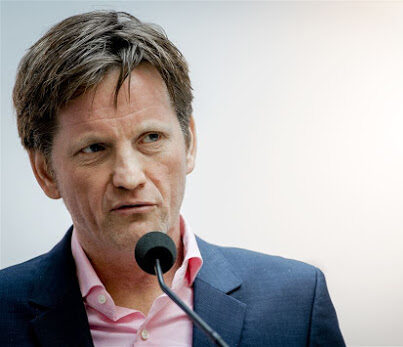 Drs Daan Elffers, Founder and CEO of EMG said: “We are delighted that Prince Pieter Christiaan has chosen to be the Chairman of our newly formed Advisory Board, with the support of such high caliber thought leaders as Gerrit Heyns and Ida Auken MP.”

Prince Pieter-Christiaan: “EMG has become part of an elite group of consultancies specialized in Corporate Social Responsibility and Sustainable Development. In their unique approach to economic and business development, EMG is proactive in transforming the landscape of CSR, generating sustainable growth and prosperous, inclusive societies worldwide. I am honored to be appointed Chairman of the Advisory Board and look forward to engaging more closely in their future endeavors.”

Advisory board member Gerrit Heyns, recognized as one of the 30 ‘Most Influential People in Global Finance’ by the Institute of Chartered Accountants and prominent thought leader in the field of economic development and sustainability, said: “From a systems thinking perspective, the economic, social and environmental implications of accelerating demand in an increasingly connected world are immense. I support the efforts of EMG to build a greater understanding of the transition towards sustainable growth, and to actively contribute to their business and the wider debate.”

Ida Auken MP, the former Danish Minister of the Environment, and recognized as a young global leader by the World Economic Forum, said: “It is an important task to support and collaborate with businesses that spearhead the green transition of our economy. EMG plays a central role in bringing about real change and it is an honor for me to be part of the Advisory Board for EMG.”

Ida highlighted EMG’s unique credentials regarding the implementation of the Circular Economy: “The circular economy is one of the most interesting ways of combining business and sustainability. The transformative power of this new way of thinking is something that I look forward to exploring from a strategic point of view together with EMG.”

Headquartered in the Netherlands, EMG is represented in London, Cambridge, Dubai, Qatar, Jeddah and New York.