Work with us. Let’s talk about your new next project!
You are at:Home»CSR in Middle East»CSR Awards Middle East 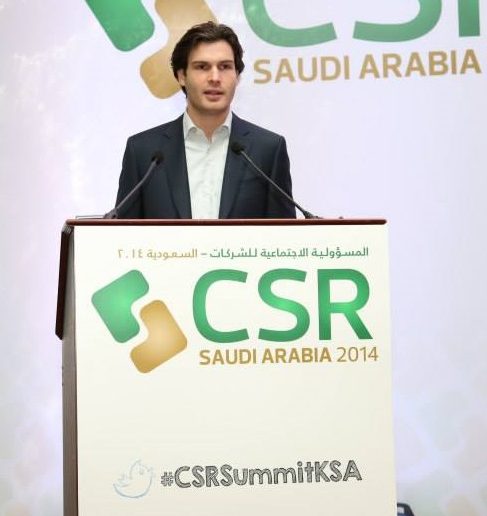 Drs Daan Elffers, Founder and CEO of EMG, has been appointed by Informa Middle East, one of the world’s largest publicly-owned organizers of exhibitions, events and training, to be one of seven experts in CSR who will form the judging panel for these prestigious awards. The panel will consist of three CEOs, and four executives from King Khalid University, Microsoft Arabia, Mubadala and Sanofi who will be applying their professional expertise to ensure the selection process reaches an appropriate and objective conclusion.

The awards will be presented during the CSR Saudi Arabia summit on 24 – 26 November 2014 at the Crowne Plaza Hotel in Jeddah.

Elffers says of this latest appointment: “I feel very honoured indeed to have been chosen to be one of this panel of CSR experts assigned to select the best of the best in terms of CSR in Saudi Arabia. I have observed many exemplary practices and initiatives in the region and I very much look forward to supporting these awards in this way to give these organizations the credit and visibility that they deserve.”

“We see it as a great asset to have Drs Daan Elffers on our judging panel for the upcoming Saudi Arabia CSR Awards. EMG has built an outstanding international track record for effectively strategizing and implementing CSR in business, the government and the non-profit sector both in Saudi Arabia and beyond, and is therefore in a perfect position to qualify and assess the work submitted by our applicants to the highest international standard.”