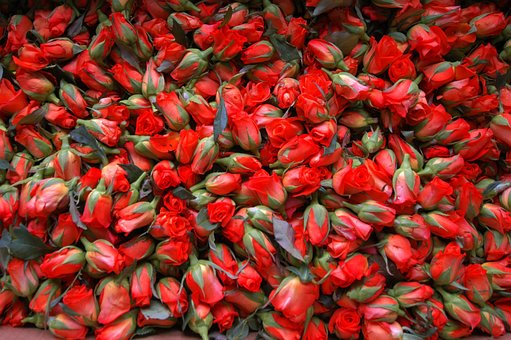 Those of you who have read the book Cradle to Cradle will be familiar with its message: that true sustainability has to be designed into the products and processes we use and depend on from day to day – anything less will simply mean that the plunder of resources and the despoiling of our planet with often toxic waste will proceed at a slightly slower pace.

If we look at the ‘emerging market’ economies over the past several decades – South Korea and Taiwan, Hong Kong, Singapore, China, Indonesia, and more recently India and Brazil especially – common to all their experiences of economic ‘modernization’, by which we usually mean industrialization, has been the same failure to address long-term environmental and resource issues that has been apparent in Western Europe and North America over the past two centuries.

Clearly there is scope for the introduction of a new approach, designing in sustainability, yet equally clearly there is little evidence of this yet. The competitive advantage of newly developing economies lies in their cheap labour, using processes which are often technologically at several removes from those which are ‘state of the art’. So what possibilities exist for the introduction of this circular economy or ‘closed loop’ philosophy in the emerging market economies? In this very brief talk I will look at the case of China, where I was Science and Innovation Counsellor at the British Embassy from 2002 to the end of 2005.

The story of China’s engagement with the international economy and its extraordinary rise as a major force in the world since 1980 is well-known. Less well-known, however, is the more recent rise to priority status of environmental concerns in the policy deliberations of the Communist Party, concurrent with a move in the economy to higher technology, and an increase in domestic R and D.

Just fifteen years ago, the focus was on economic development at any environmental cost. At that time, with a university colleague I visited a major steel plant in Beijing – some of you may know of it – whose contribution to atmospheric, water and soil pollution in the city was all too visible. The plant was old-fashioned and enormous, with 80,000 workers and their 45,000 dependants all living on the site. The Research Director there rejected our questions about the environment out of hand, saying that the environmental lobby was a capitalist front organization seeking to undermine China’s industrial progress; no doubt foreign multinational corporations would have been quite surprised at this interpretation!

Since that time, a lot has changed however. The creation of the Ministry of Science and Technology in 1998, the growth in confidence of the State Environmental Protection Administration, and blossoming dialogue with Western powers and Japan on environmental issues, all helped to focus minds. Academic research in China suggested that if climate change consequent on man-made pollution continued unabated, because of floods, drought, and desertification China would be able to produce 8% less food for its people by 2030 than it could in 2004. This would be in the face of a projected rise in the population over the same period. In China, where lack of food has historically been a frequent trigger for rebellion, this was political dynamite.

In 2007 at its major Party Congress in October the Communist Party created a new Ministry for Environment Protection, and named the environment as one of its top priorities for the first time ever.

So, is there scope for the Cradle to Cradle message in China? Yes, absolutely.

Certain factors make it likely that the circular economy model would be received and examined with great interest.

NOW is the time, therefore, to be pressing the sustainable design message of Cradle to Cradle.

So how would one go about promoting the Cradle to Cradle philosophy in China? Because of the complex part-market, part-command nature of the economy I would suggest that an approach which focuses only on the corporate sector is not enough. What is required is a ‘three-pronged’ approach, through which you engage first with central government, secondly with universities or research units interested in technology for sustainable development, and thirdly with Chinese companies, both state-owned and private.

An approach to government is essential. China remains a one-party state, and the Communist Party and government should always be made aware of an initiative of this nature. If they are not consulted, they will take offence and make life very difficult for a project of this kind; on the other hand if they are consulted, and can be persuaded of the Cradle to Cradle argument, this will open doors and bring prestige and support to the project. The specific Ministries concerned would be the new Ministry for the Environment, the Ministry of Science and Technology – which has abroad remit covering all technological innovation, and of course the Ministry of Commerce, which is responsible for the supervision of domestic Chinese companies and their international operations.

The approach to a handful of carefully-chosen universities or research institutions would be to carry the Cradle to Cradle message to them, and hopefully to persuade them of the value of thinking about designed-in sustainable solutions in their particular areas of scientific or technical research. In China research institutes have a long history of working closely with state-owned manufacturing enterprises – a tradition which has now carried over to the private sector. Similarly they have close ties to the government, and academics frequently serve as government advisers.

In approaching commercial enterprises, a simultaneous pitch should be made to both the President and to the Technical or Research Director, with the obvious message that designed-in sustainability is both good in and for itself, will serve China, and will put them ahead of their competitors domestically and internationally. For the many Chinese enterprises looking to expand overseas this should be of particular interest, and will help to counteract negative publicity linked to the trade imbalance between China and countries overseas. As noted above, many of China’s largest enterprises, and those most suited to the Cradle to Cradle philosophy, are state-owned and have close ties to central government. Even those which are ostensibly private often have substantial government money behind them, and are subject to the influence of the Communist Party.

So how typical is China of other emerging markets? The answer may be ‘not very’, because of its political system, its hybrid economy, its enormous scale, and its growing concern over the environment. Yet because of its size, it is especially important that the circular economy message reaches China. If China can address its own issues of environmental pollution, sustainable development and the recycling of resources effectively, the world as a whole will have taken a major leap forward in addressing these matters.

Oh, and finally, with respect to the steel plant I mentioned – it is no longer a problem. Nearly ten years ago the central government ordered the heavily polluting plant to move, lock, stock and barrel, two hundred kilometers northeast of Beijing and set up again, using new, less polluting, technology. The Research Director has now retired. Where there is a will, there can be a way.